The Art of Thumbnails 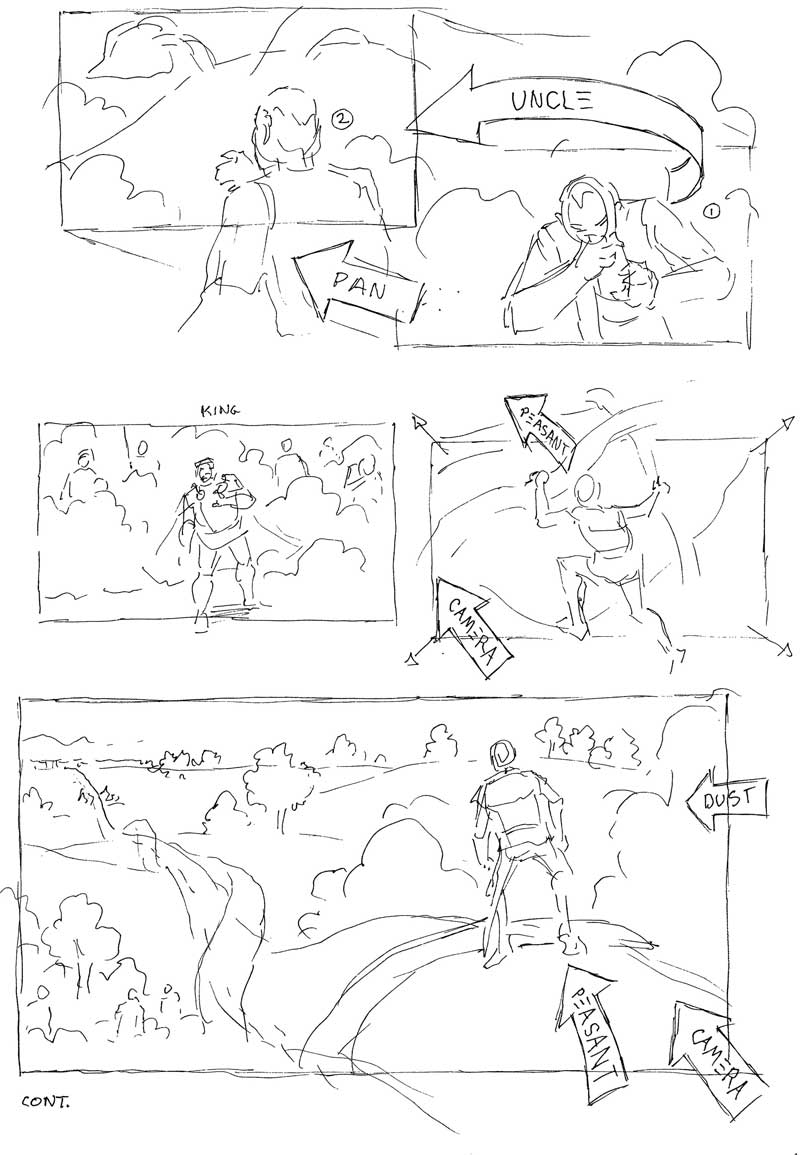 One of the useful skills any visual storyteller can develop is the art of drawing thumbnails. These are small sketches, usually several to a single page, that represent a continuity of thought. They are first draft of your storyboard or comic.

In my early career, working at Disney Feature Animation, I filled reams of 8.5 x 11 paper with thumbnails for The Fox and the Hound and The Black Cauldron. But the best training I received was drawing gags with fellow story artist Pete Young. We would spontaneously choose a topic (often it had nothing to do with the film on which we were working) and race to see who could draw jokes the fastest.  The person who used the fewest lines would win. As a general rule, Pete could beat me at this game without breaking a sweat. Mark Twain (allegedly) said “If I had more time, I would have written a shorter letter.” It takes more thought to express an idea in simple terms. Unfortunately it is only in the drawing of thumbnails and gags that I practice economy of line. My finished work is too often bloated with unnecessary visual information. I’m still working on that.