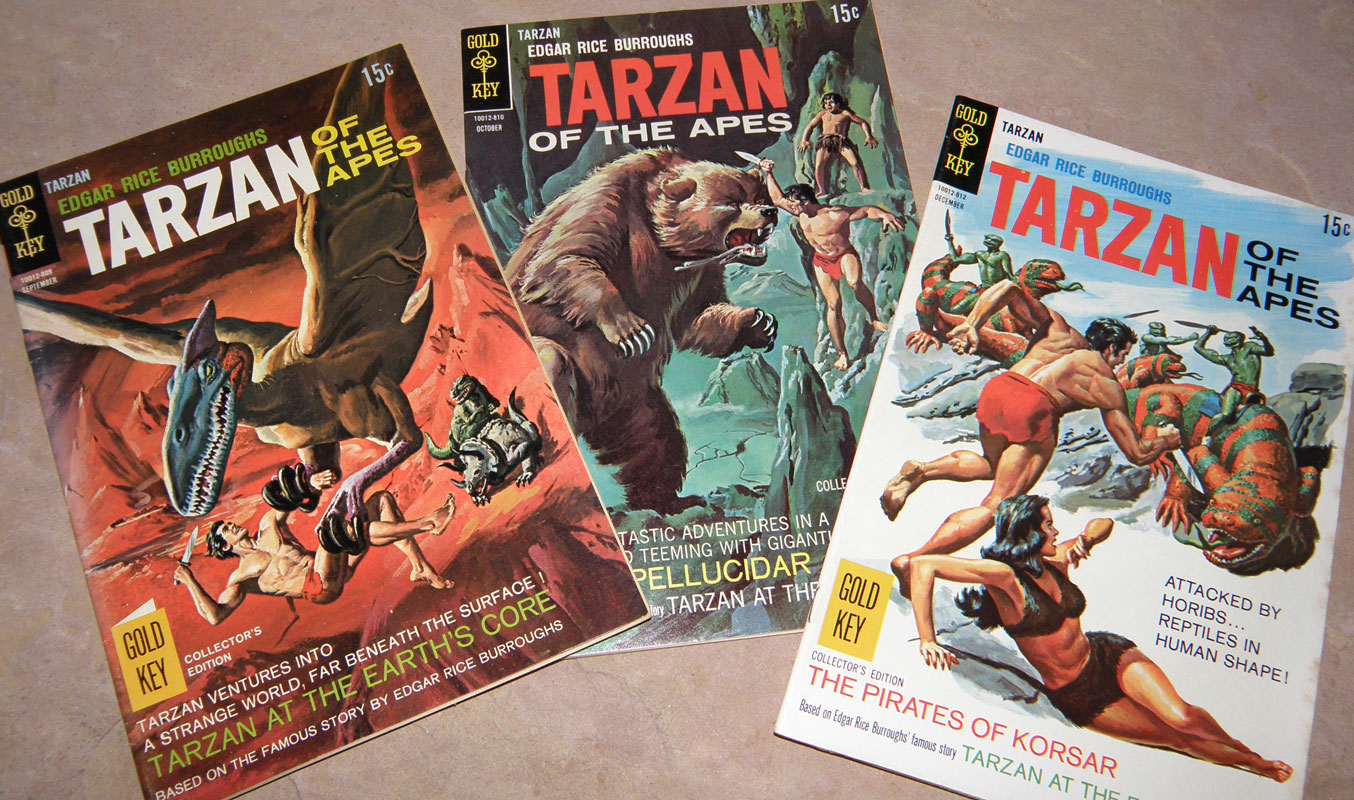 I didn’t own many comic books as a child (my parents considered them a waste of pocket change), but these three Gold Key collector editions featuring Tarzan of the Apes were the pride of my limited library. Not having a collector’s mentality, books were utilitarian things to me, and comic books were my art classes. They were studied, copied and occasionally traced until the covers tore from their staples and pages fell to ruin.

It’s hard to express the sensation I felt when I re-acquired the three issue arc of “Tarzan at the Earth’s Core”, decades after my original copies were swallowed by time, neglect and the distraction of growing up. With the turn of each page I said “Ah, I remember you,” as I would when meeting a long lost friend, and realized I held in my hands the birth of my fascination with sequential drawing.

I only just learned the artist was Doug Wildey, who also created the Jonny Quest TV show for Hanna Barbera in 1964. He died in 1994, so I missed my chance to track him down and thank him for introducing me to the fundamentals of visual storytelling.