In The Moment – Part Two 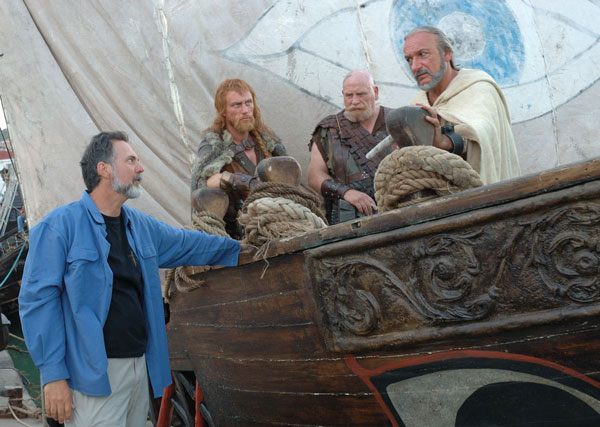 When we read a story, or watch a movie, we want the protagonist to do what we can’t: live in the moment.  The events of the story may, or may not be Earth shattering, as long as they are so important to the main character that they consume every ounce of his or her attention. We demand this as an audience.  If we are going to invest the time to watch, or read about a character’s life we want to feel that character is paying attention.  If he doesn’t care enough to offer us an immediate reaction to the events at hand, why should we?

Although most of us don’t live moment to moment, we’ve all experienced it.  There are times, however fleeting, when something happens that drives out all other thoughts and quiets the internal monologue in our brain.  One of the things I love about directing is that it forces me into the moment.  This is partially because of the production challenges (which are always a little more than you can comfortably handle) and partially because I have to get actors into the same state.

I once had a scene with three actors all speaking in quick succession (not the scene pictured above!).  I thought the scene was playing well, but during one take a cast member got one of her lines out of sequence.  Suddenly the scene was alive in a way it hadn’t been before.  The actors were off script and didn’t know what was coming next. They had to listen, and respond in the moment.  It’s an argument for always having something new to introduce to a scene, something that hasn’t been rehearsed and keeps the performances fresh.

There is a paradox in all of this.  If we are trying to create a sense of believability in our stories, why would we want our characters to behave in a way that’s unnatural for most adults?  In fact, adding distractions (often referred to as “secondary business”) to a scene is usually a good practice.  It can make us feel the characters have a life outside of the moment we’re witnessing, and that they will continue to live after the scene ends.  There have been times when I’ve given actors the direction to think about something completely different from their dialogue in order to make their performances more natural.  These are often transitional moments in a sequence.  It’s our job as storytellers to shuttle readers, or the audience, into and out of those states of heightened awareness where the characters are in the moment.

In real life, if someone says something hurtful, we often suppress our response.  It’s a defense mechanism that gets us through our daily lives.  We might not even feel the pain of it until much later.  But we won’t tolerate that kind of behavior from the hero of a story.  We want him to react with immediate anger, remorse, or affection.  We want him to punch the person who offends him, kiss the girl in public, or kill the villain who’s just done something unforgiveable.  We want to witness these emotional responses and see the consequences be dealt with.  If the protagonist will do this for us, it brings us a little bit closer to knowing what it might feel like to live an unsuppressed life.