How I was Influenced by Ray Harryhausen 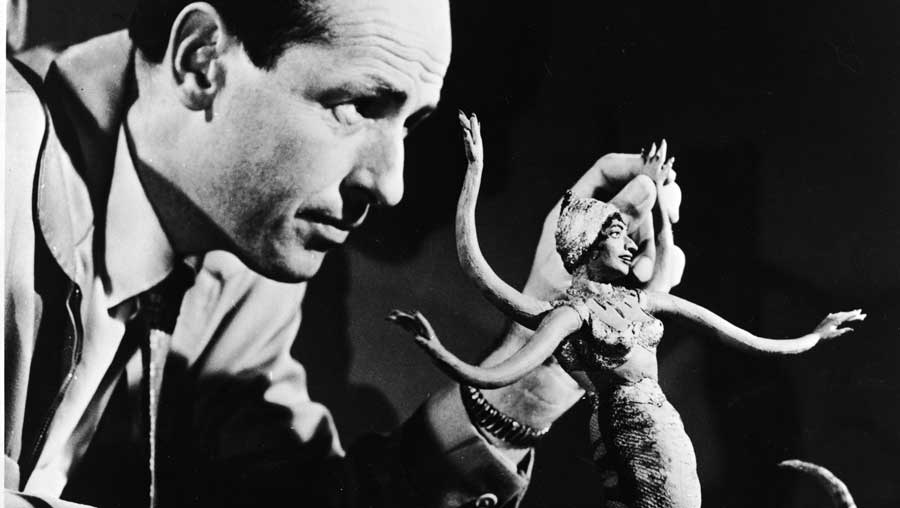 It is possible that I would have ventured into the entertainment industry if my dad had not taken me to the drive-in to see One Million Years B.C., but he did. I was nine years old, and I became obsessed with the man who had created the dinosaurs that shared the barren prehistoric landscape along with John Richardson and Raquel Welch. I didn’t know how he did it, what he looked like or even how to pronounce his name, but I knew I wanted to be Ray Harryhausen.

The Grandmaster of stop-motion animation died last week. I haven’t had time to write a proper tribute, but rather than wait a year (as I did when Ray Bradbury passed away) I wanted to post images of things I never would have built, directed or drawn if not for Harryhausen. While in High School I made this stop-motion armature from bicycle chain links, nails and ball bearings The Stymphalian Bird from “Road to Calydon” Hercules fights a giant snake in “The King of Thieves” Work in Progress – The Island of Dragons

The Monsters of the Night from “Stories from the Ashfire Moon”