Waking Up in the Wrong Place 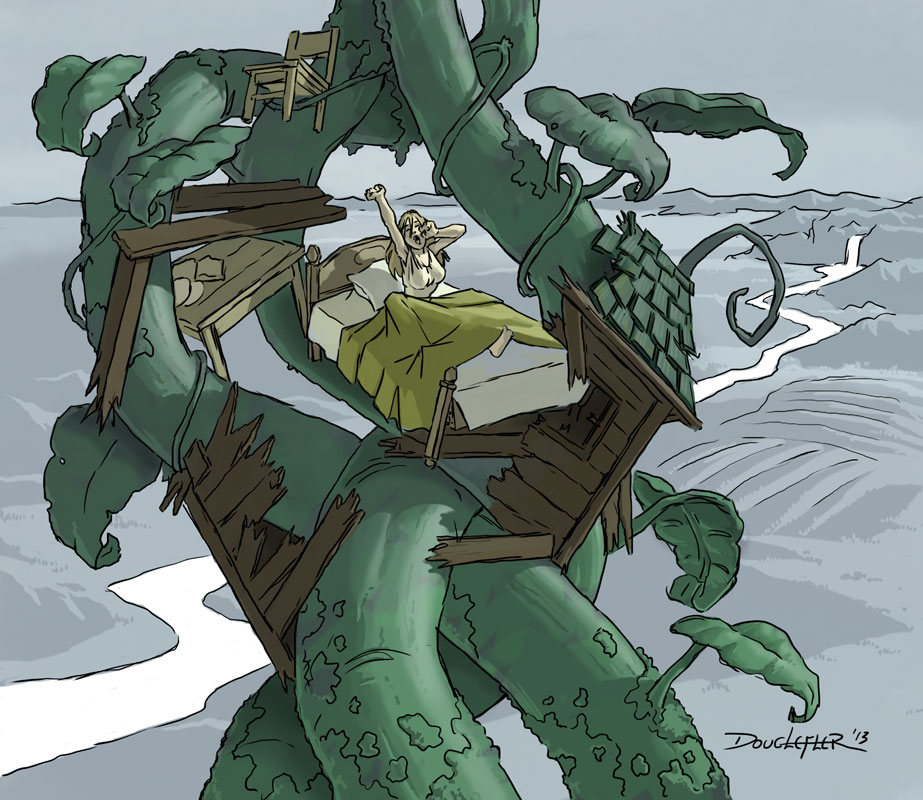 When you work on movies in the early stages, you have a lot of ideas that don’t make it to the screen. I explore concepts I never show to anyone if I realize they don’t services the needs of the story. Sometimes I explore concepts simply because they will be fun to draw (this from Jack, the Giant Slayer).

My wife and I drove to Santa Barbara on Saturday. We visited the Zoo for the first time in many years. I have a lifetime membership because I worked there as a volunteer when I was fourteen.

Zoo Keeping has come a long ways since 1971. More is known about how to create habitats for the animals and how to keep them occupied, engaged and healthy. And I suspect the division of tasks for volunteers are more rigid. When I was a Junior Zoo Keeper I would feed the animals, clean their cages, rake leaves, pick up trash and occasionally recapture the ever escaping Spider Monkey (anyone who has ever tried to catch a monkey might appreciate the challenges of this task).  I played with the otters, gave medicine to the Galapagos Tortoise and ate a lot of bananas intended for other primates.

We had one lion. They named him Dandy (get it? Dandy-lion). He would lean against the door to his cage when he saw me coming. I would reach between the bars and scratch him under the mane. I wasn’t supposed to, and would’ve gotten into trouble if the Zoo Keeper caught me, but how many fourteen year olds get to scratch a lion on the back of its neck?