How to Train your Schnauzer to Take Out Zombies 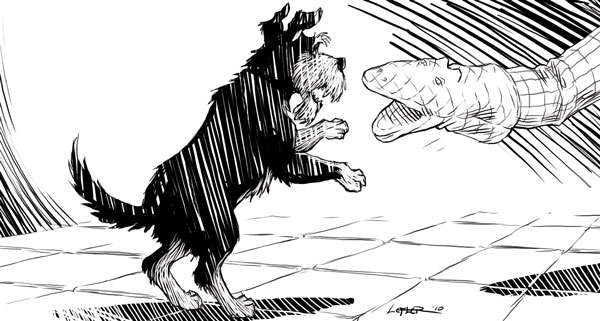 Is it only me, or is this subject long overdue for discussion on the internet?

Many people have seen police dogs being trained.  The handler wears thick padding protecting his gun arm.  The dog (usually a generously proportioned German Sheppard) clamps his canines on the assailant’s wrist and wrestles him to the ground.

Ziggy goes through a similar regiment when preparing for combat with the undead, but his involves an oven mitt.