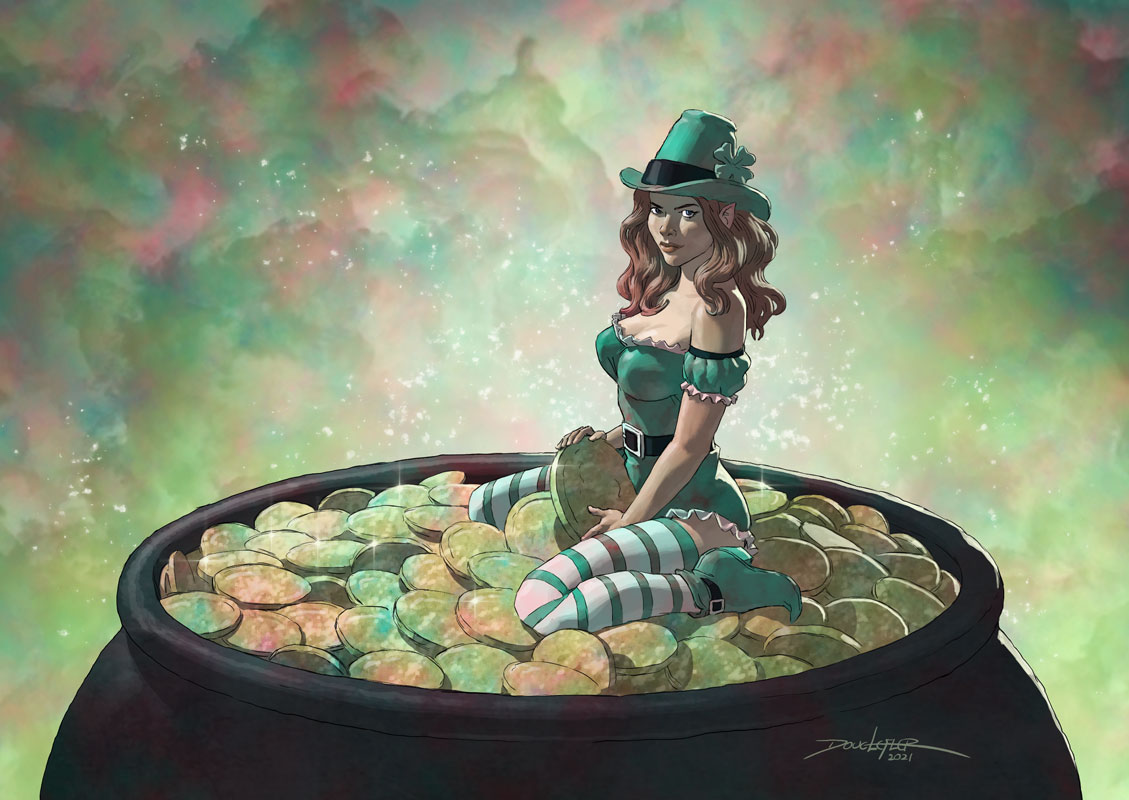 The Creation of SEVEN EXTRAORDINARY THINGS

Ideas are plentiful. They surround us every day. Most of these flare for a moment or two and are content to fade away. Some are persistent.

Many years ago, an idea was pestering me. It was a little story about art school, and I had big adventures to write. To get it out of my head, I conceded to draft an outline. As I hurried through the story’s beats, a few lines of dialogue elbowed their way into my head, so I added them as I went. It was a small step to include the scene locations and a brief description of the action.

Five days later, I had the first draft screenplay for SEVEN EXTRAORDINARY THINGS. I didn’t intend to write this story. It just happened.

Years after that, I was entertaining the idea of drawing a comic book based on one of my unproduced screenplays. I had many of these, and most of my big adventures were ideal candidates for adaptation. SEVEN EXTRAORDINARY THINGS was not one of them, and for this reason, I decided to use it as a testing ground. I would save the other stories for a time when I was serious.

SEVEN EXTRAORDINARY THINGS almost got greenlit as a movie on seven different occasions. It was one of my best-received screenplays, but nobody knew how to categorize it. As I started drawing the story in a comic book format, I relived the narrative with the characters. And I kept drawing. I didn’t intend to complete it as a graphic novel. It just happened.

At the age of eleven, Greg Drucker McTeer makes a list of seven things he wants to do in his life to guarantee that he won’t be an ordinary person.

He attends the prestigious Loomis Art Institute at nineteen, where he decides to cross as many items off of his list as possible. Whether this is the smartest thing he ever did or the most foolish is open to debate. SEVEN EXTRAORDINARY THINGS is a story of art, love, and sleepless nights.

The complete graphic novel SEVEN EXTRAORDINARY THINGS is now available on this site. You can navigate to it by using the 7XT tab above left, or by clicking HERE. 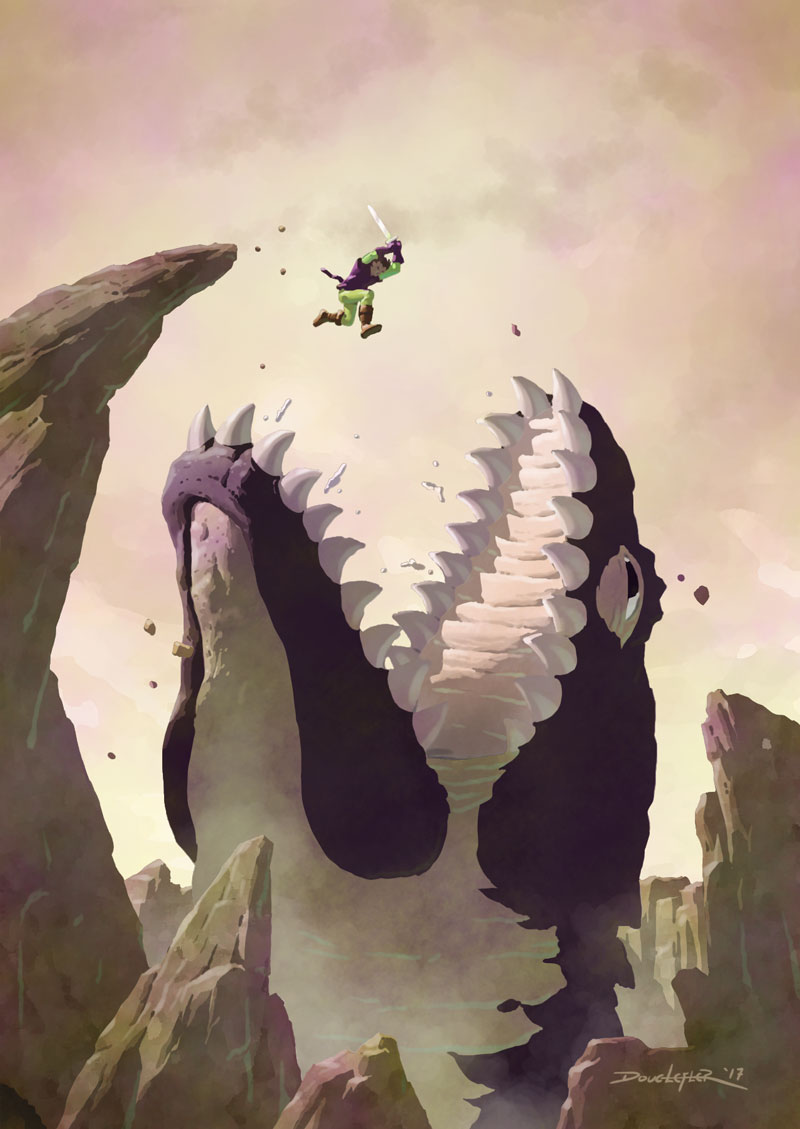 Sometimes you know a new project is not going to end well, but you have to commit to it anyway and jump in with both feet. 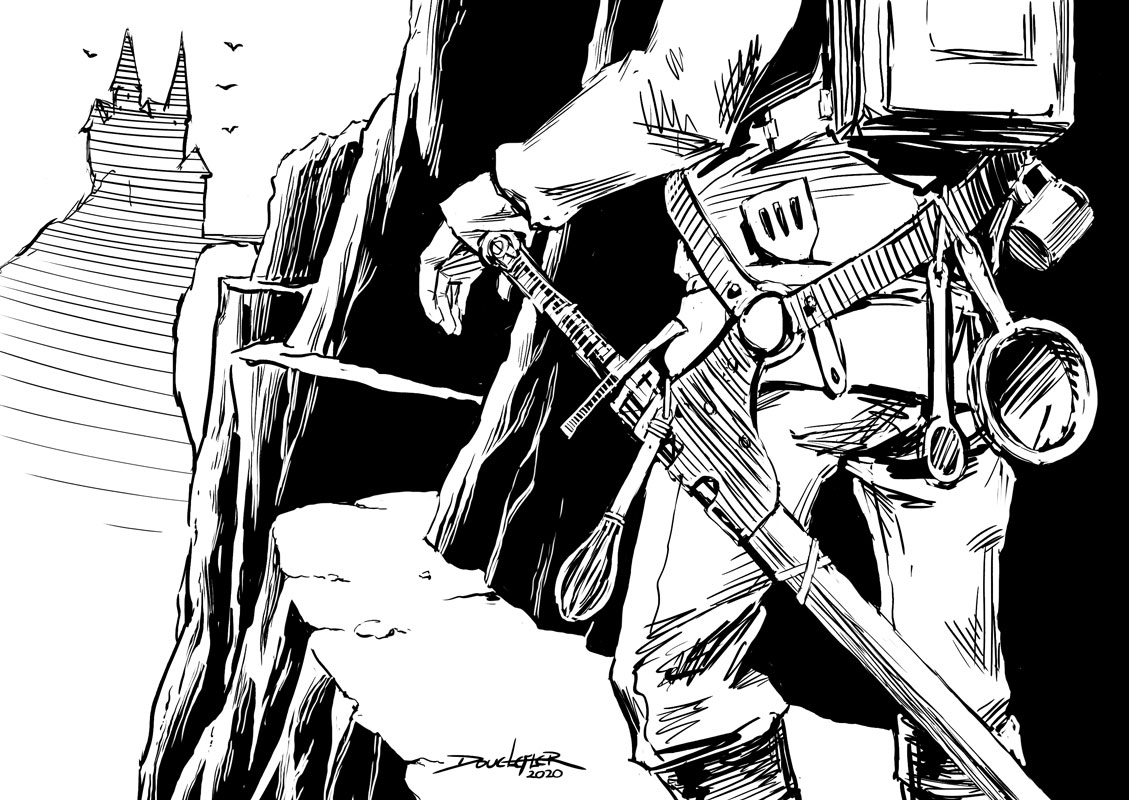 This is an illustration I did for a blog titled: “Fit for a King: The Wanderer’s Guide to the Culinary Arts”, by Brady Thomas.

You can find it HERE on the Story Attic website. For any of you who want to do serious adventuring but see no reason why you should not eat well along the way. 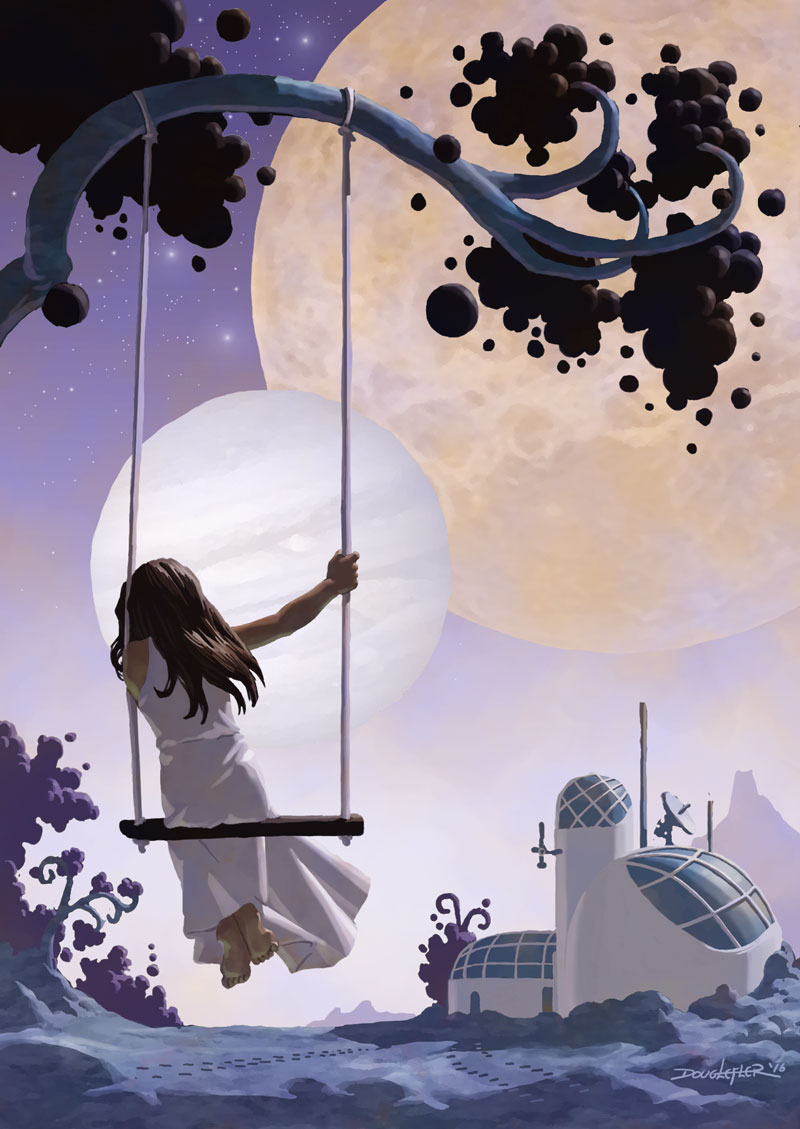 It’s always difficult when your parents’ work takes them to a new place and there are no other children with whom you can play.